Increased consumption of vegan and vegetarian foods has become a major trend. In

Germany alone, next to seven million vegetarians and one million vegans, there are

occasionally. This motivates even the most renowned meat producers, such as Ponnath

GmbH in Germany, to expand their product range. The company Absolute Vegan

Empire (AVE) from Nabburg in Bavaria has been part of the Ponnath Group since 2017.

Under its brand Vantastic Foods, innovative vegan products such as Vantastic Fish

Fingers and Vantastic Burger have conquered the retail shelves. As its latest

development, the company has now launched vegan minced meat to the market. It is

made on the basis of soy proteins and other herbal ingredients, such as coconut fat and

natural spices, but does not differ in appearance, sense or taste from traditional minced

meat. As such, it was able to convince consumers in numerous independent tastings.

Ponnath chose eTray® as the optimal packaging solution for their new product. eTray®

Neoform GmbH. The tray they developed is suitable for modified atmosphere packaging

and consists of two components: a high-quality cardboard base, which can be printed

on both sides, and a plastic inner layer that purely provides the sealing and barrier

function. Owing to a highly stable, uninterrupted sealing edge, each tray is reliably

sealed under MAP to ensure the safest packaging process. The innovative eTray® is

suitable for denesting and allows for smooth transport across the packaging line.

Compared to common trays in the market, between 40% and 60% less plastic will be

used, depending on shape and size.

To create a resource-saving solution, the inner layer is produced from mono PP instead

of PET. Therefore, the concept fulfils the latest guidelines in German food retail, which

requires packaging materials based on polyolefins. The double-sided, high-quality

printability of the cardboard base provides Ponnath with plenty of room for storytelling,

for example on how to separate and dispose of the various packaging components.

For reliable processing of their eTray® in 190 x 144 mm size, Ponnath uses a SEALPAC

A7 traysealer with 5-impression tooling in its Freiburg plant. This machine and tooling

configuration allows the company maximum flexibility in production, because it can also

be used to seal conventional plastic trays in the same size. The trays are denested and

filled fully automatically at highest speeds. Due the reliable sealing process and optimal

barrier properties, which do not differ from pure plastic trays, eTray® stands for highest

product safety. The tray was designed in such a way that, after the product has been

removed, the required separation of cardboard and plastic components is made easy: it

just needs to be squeezed together. By doing so, both components break apart and can

be disposed of in their appropriate recycling bins. This makes eTray® 100% recyclable.

Owing to their close, partnership-based cooperation, Ponnath, SEALPAC and Jaun-

Neoform were able to implement the project in record time. Today, the vegan mince

packaged in sustainable eTray® can be found at German retail as a delicious, plantbased

alternative for the preparation of lasagne, pasta Bolognese and other meals. 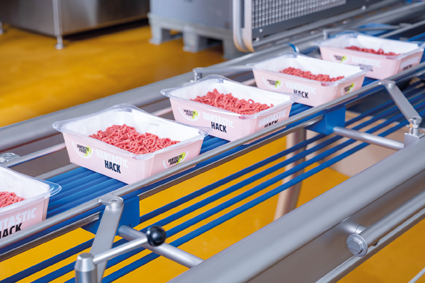 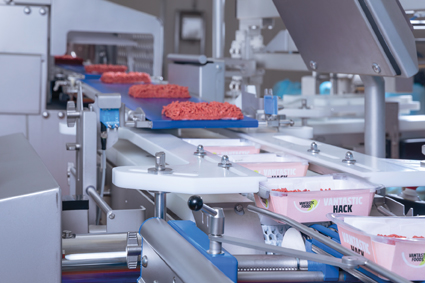 Excellent handling - eTray®. allows for smooth transport across the packaging line and is reliably sealed owing to its uninterrupted sealing edge 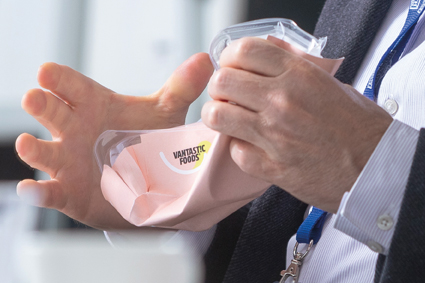 Full recyclability- By pressing the eTray® together, separation of cardboard and plastic is made easy, hence allowing for their separate disposal and recycling